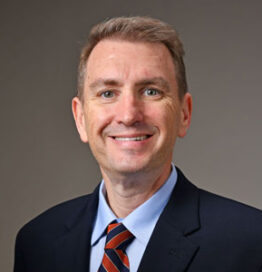 Sean C. Blackwell MD is a Professor and Chair (appointed 2011) of the Department of Obstetrics, Gynecology and Reproductive Sciences at McGovern Medical School-University of Texas Health Science Center Houston (UTHealth). Dr. Blackwell completed his undergraduate degree as a double major in the classics and biology at Wabash College in Crawfordsville, IN. He martriculated medical school at the University of Illinois College of Medicine in 1993, and completed both his obstetrics and gynecology residency and maternal fetal medicine fellowship at Wayne State University in Detroit, Michigan. He joined UTHealth in 2007, and also serves as the Director of the Larry C. Gilstrap M.D. Center for Perinatal and Women’s Health Research and as an Assistant Dean for Healthcare Quality in Perinatal Medicine and Women’s Health. Dr. Blackwell is the Chief of Service for Obstetrics and Gynecology for Children’s Memorial Hermann Hospital-Texas Medical Center. In 2014, Dr. Blackwell earned his Six Sigma-Lean Black Belt at the University of Houston.