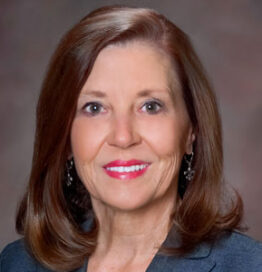 Teri G. Fontenot is an accomplished healthcare executive who served as president and CEO of Woman’s Hospital, Baton Rouge, LA, for 23 years until her retirement in March 2019. Teri also held CFO, COO, and EVP positions at three health systems in Louisiana and Florida.

Teri is currently serving on the boards of three publicly traded companies: LHC Group, AMN, and Amerisafe. She is also on the Board of Governors of the American College of Healthcare Executives and is a director on the board of Baton Rouge Water Company.  Previous notable board service includes the American Hospital Association (2012 chairman), the Sixth District Federal Reserve Bank—Atlanta (Audit Committee chair), and Landauer.

Teri is a senior advisor for Pivot and Epsilon, and has a consulting practice focused on strategy and governance. She is also on the advisory boards of several companies in banking, retail, healthcare, and technology. She serves on two nonprofit boards that support animal adoption and hospice patients’ nonmedical needs.

Teri is a certified public accountant (inactive), holds an MBA, and is a Fellow in the American College of Healthcare Executives.