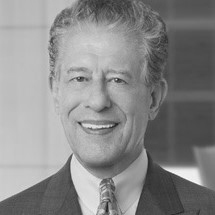 James H. “Jim” Davidson is a partner at Capitol Counsel, LLC and has been a leading advocate for U.S. companies and trade associations for more than 30 years, following a decade of service on committee and personal staffs in the U.S. Senate. He has represented leading industry groups on issues involving taxation, agency regulations, government information policy, consumer policy, media regulation, privacy, regulation of advertising, health care, appropriations, and budget policy. Specifically, Davidson’s clients have included Fortune 500 companies and leading communications companies along with virtually all of the national trade associations representing the media and advertising industries. Following congressional approval of the Tax Reform Act of 1986, Davidson formed The ADvertising Coalition to coordinate media and advertising companies’ legislative efforts and trade associations to block the enactment of a national tax on media advertising. Davidson is a frequent lecturer on media and advertising issues.

As one of the nation’s leading authorities on media and advertising law, Davidson directs a broad coalition of multinational companies that has prevented four federal agencies from adopting a new standard to bar advertising of most food products in 2011. He directed another coalition that prevented Congress from taxing advertising to help pay for the Affordable Care Act. Markedly, Reuters described Davidson as “one of the most powerful lobbyists in Washington” and “the point man for the advertising industry in free speech issues.”

On the Hill, Davidson led the U.S. Senate staff in drafting the Regulatory Flexibility Act, a hallmark legislative proposal by President Jimmy Carter. He was also the principal Senate staff author of the federal Privacy Act, and of a major amendment to strengthen the Freedom of Information Act. While serving on Senate staffs his work was recognized in a chapter of the book, Unelected Representatives: Congressional Staff and the Future of Representative Government.