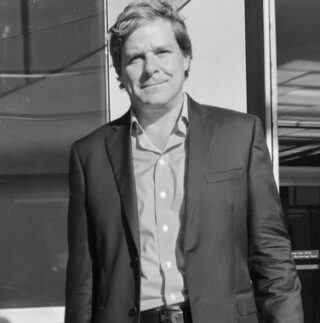 An award-winning executive producer and pioneer of the fast-emerging health video discipline, Sean early on developed the video strategy for Dramatic Health. The company is principally guided by his belief that behind every patient and physician are valuable storylines.

He co-founded Dramatic Health in 2005 with the belief that premier health video would become increasingly important to health educators and marketers. Converging evidence-based customer research, behavioral health science, documentary filmmaking techniques, and social media principles, Dramatic Health’s productions have had a proven impact on the health behaviors of viewing audiences.

Behind Dramatic Health’s award-winning productions are innovations in process, delivery, and analytics. Sean has led his team in the creation of their new health media production processes, the creation of HealthCosmos.com and its syndication and distribution strategy, the production of over 2000 premier health videos, and the development of the company’s patent pending video asset management, distribution, and reporting application (BackStage/OnStage™).

Dramatic Health was founded on his experience as an innovator for the world’s largest healthcare companies. From 2002 through 2004, Sean was a director on the Marketing Innovation team at Pfizer, Inc., the world’s largest pharmaceutical company. He executed award-winning campaigns that leveraged multimedia, video and interactive case-based learning, with emphasis on the cardiovascular field. His contributions were recognized under the Steere Quota Achievers Leadership Award program at Pfizer in 2004.

In 1999, he co-founded HealthCommunities.com, one of the first eHealth companies. The company was sold to Remedy Health in 2011.

Sean received his undergraduate degree from the University of Massachusetts, Amherst in journalism.