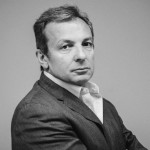 In a recent article in Time’s Money Magazine, Kara Brandeisky put forward a number of ways Americans can save money on prescription medication. 13 to be exact. The solutions are interesting and creative. They range from substituting brand names for generics, asking your physician for combined pills, and pleading with your insurance provider, to changing your insurance policy altogether.

While each individual piece of advice is correct, the complete list strikes me as wrong. This column assumes that we have surrendered to a reality that’s simply unsustainable. As Ms. Brandeisky herself points out in her article, a staggering “43% of those in fair or poor health say it’s somewhat, or very, difficult to afford their medications, and 37% say they’ve skipped out on filling a prescription because of cost, according to the Kaiser Family Foundation (KFF).”

What happened to demanding action, finding ways to help, or even feeling good old outrage? Instead, we are now being conditioned to update the status and move on.

In the late ‘80s and early ‘90s New York newspapers were full of articles with practical tips on how to avoid becoming a victim in the dangerous city. But once again, the bottom line was that people had to live with violence and learn to adjust. Thankfully not everyone agreed, and now most New Yorkers enjoy their city without fear. But making change requires action, not adaptation. Settling for the status quo and losing hope never ends well. Which brings me back to Ms. Brandeisky’s article.

We have a choice: learn how to further yield to constantly rising costs of medication or take a stand and become agents of change. Let’s begin by shifting the discourse. It’s time to stop telling our fellow Americans to request double dosage pills just to split them in two, and focus our attention on things that will actually drive the costs down: fostering fair competition; reforming an outdated patent system that hinders it; demanding transparency in insurance billing; and coming up with innovative technologies that improve compliance and enhance the patient journey.

We have to understand that change will come one way or another. If European companies that make superb alternatives cannot get past the FDA red tape, they will shift their efforts to East Asia, which welcomes competition at a regulatory level. If the Europeans sense that American manufacturers are unfairly undercutting pricing in Europe by using their privileged positions in the States, the companies will start suing in American courts. If businesses in the US continue to be burdened with high employee-insurance costs because of cost-shifting insurance companies, they will escalate the lobbying efforts to avoid the rising expenses. And if institutional players don’t develop innovative technologies through grassroots and crowdfunding, they will be left behind.

I would rather play a role in driving that change than clip pharmacy coupons, which happens to be tip #12 on the Money list.

nextThe Next Generation of Multi-Channel Marketing