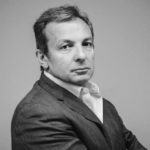 The necessity of clinical trials as a means of assessing potentially life-saving interventions is widely accepted by healthcare providers and medical researchers alike.  Also generally agreed upon is the difficulty of finding patients who meet the necessary inclusion criteria to participate in these clinical trials. In part, this challenge can be attributed to the administrative burden of having to match potential patients to specific selection criteria. Additionally, the traditional patient pool is further limited by geographical proximity to the clinic or laboratory where the trial takes place. I asked my colleague and the CEO of Prime Access, Chip Weinstein, for his thoughts on what could be done to help recruitment. Here is Chip’s response:

“Brian Clark’s TrialMatch hack, revealed at the TechCrunch Disrupt SF Hackathon, seeks to jump the administrative hurdle by extracting the inclusion and exclusion criteria from existing studies posted on ClinicalTrials.gov, and matching those criteria to the user profiles of potential clinical patients.  Meanwhile, Apple’s new open source platform, ResearchKit, aims to circumvent the physical distance barrier between patient and research facility by using the already standard iPhone features to measure and record patient data. ResearchKit’s launch introduced five new apps to the platform, each of which focuses on a different health issue. Within days of the initial launch, the studies drew thousands of new participants, who were able to use their phones to take basic physical tests without traveling to a laboratory.

“While both of these platforms are certainly steps in the right direction, neither TechCrunch nor ResearchKit quite answer the question of how to persuade people to sign up in the first place, nor do they address the full range of barriers preventing willing volunteers from participating in clinical trials. By relying solely on medical records and clinical inclusion and exclusion criteria, both Apple and Clark are overlooking a major determinant of health behaviors: cultural identity.

“According to the 2010 U.S. Census, the population of Hispanic Americans increased by 43% and now comprises 16% of the U.S. population; African Americans make up 12.6% of the total U.S. population, and the Asians American population increased by 43.3%, and now comprises 4.8% of the U.S. population. There is no Census data on LGBT individuals, but the Williams Institute estimates that 3.5% of the U.S. population identifies as LGBT. These are not insignificant numbers in a population of approximately 320 million, yet minority groups consistently report lower satisfaction with their medical care, and have lower health outcomes than their Caucasian counterparts. Numerous studies have attributed these disparities in access to and use of health services to socioeconomic factors and health insurance coverage.  While these are certainly material observations, it is also important to give weight to the pertinent cultural factors. 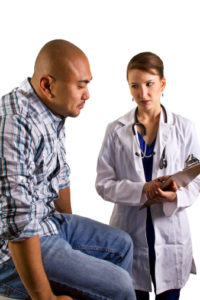 “We at Prime Access understand that a discussion about health cannot be separated from its cultural context, which is why we utilize a Total Market approach to reach a demographically diverse audience. As of 2014, the Selig Center reports that the Hispanic market holds the highest minority group buying power, at $1.3 trillion, with the African American market not far behind at $1.1 trillion. Asian American buying power is expected to reach $1 trillion by 2019, and Witeck Communications estimates the current buying power of LGBT identifying individuals at $884 billion. To maximize revenue-generating potential in a complex and multicultural world, it is imperative to understand the unique identities and interests of target consumers.

“It is equally important to recognize that while cultural groups do have shared experiences, they each have their own singular needs. For example, Hispanic and LGBT patient groups both face obstacles when accessing healthcare. However, whereas for Hispanic patients these barriers appear rooted in a lack of understanding of their cultural needs, LGBT patients are more likely to experience institutional stigma in response to their identity. Consequently, the lack of access to health services manifests in different health outcomes for each group: Hispanic patients tend to suffer more from cardiovascular disease, diabetes, and asthma, whereas LGBT patients tend to have a higher prevalence of depression, anxiety, suicidal ideation, eating disorders, and substance abuse. Therefore, marketers must employ different approaches to engage each group and meet its specific needs.

“To that end, mobile phones provide an accessible and versatile vehicle which can be used to reach multiple demographic groups simultaneously. According to a Pew Research Center, 90% of American adults own a cell phone, and 63% of adult mobile phone owners use their phone to access the Internet, which makes cell phones the perfect platform for the development of a patient-friendly mobile app or service.  Moreover, separate apps can be developed to target different groups with demographic-specific material, and thus capture potential clinical trial patients in studies most relevant to their needs.

“In a diverse and increasingly industrialized global community, it would be wise to allocate resources to advancing technology that can be used to target specific patient needs. Because health care decisions are so deeply entwined with cultural identity, it is necessary to address every facet of prospective consumers when seeking to engage their participation. Through Total Market strategy, marketers will be able to understand and provide for the specific needs of a wider, more diverse audience.”

previousDTC in Perspective: Why We Benefit from Higher Drug Prices