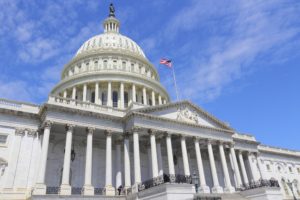 Earlier today, Nebraska Senator Ben Sasse sent a letter to President Trump urging him to separate the actions of repealing and replacing healthcare, rather than doing them simultaneously, if there is still no resolution by July 10th. Since not enough progress has been made on healthcare, during an appearance on Fox & Friends this morning the Republican Senator recommended that repeal be handled first and then “have the President ask us to cancel our August state work period and stay here [to] then work on replace separate. We made promises to the American people, we should fulfill them.” Sen. Sasse – who is a supporter of as much repeal as allowable – stated in his letter to the President: “We should include a year-long implementation delay to give comfort to Americans currently on ObamaCare that a replacement plan will be enacted before expiration.” President Trump agrees with the idea of separation, tweeting this morning, “If Republican Senators are unable to pass what they are working on now, they should immediately REPEAL, and then REPLACE at a later date!”

nextDTC in Perspective: The Obamacare Reform Puzzle and DTC